This little girl is me

Following the LinkedIn campaign of sharing ones own story am happy to share mine: 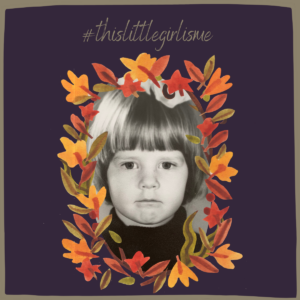 Imagine 1970s Soviet Union, closed off from the rest of the world. A little girl aged three, is running around the street declaring with full confidence that she will live abroad. Neighbours are enjoying the show while grinning doubtfully: “Ooh, little girl! Good luck with that! You have no idea what you are talking about”.

… had lived, worked and studied in seven countries on three continents

… and raised a great son in parallel as a single mother. A son, she can be absolutely proud of!

The audience that reads this today, in the 2020s, grins cheerfully with: “Wow, great success!” Yet this is not the the success that this little girl wants to share. There is more than meets the eye, there is a hidden story behind the seemingly beautiful fairytale.

Around the same time that she was running around announcing her international aspirations, she lost her father in the father’s role. He wasn’t fully gone, he lived in the same city, she visited him regularly, her mother and father remained good friends and got along very well. She got a loving and absolutely amazing step dad.

Yet, her own father abandoning left behind invisible scars. Scars which she did not notice nor realize until her 30s. The scars that had secretly molded into strong complexes and that were pulling her like an invisible hand. They pulled her so hard toward success, that she was willing to achieve it at any cost.

Little did she realize that the definition of success had nothing to do with her and all to do with how society viewed it. Society seemed to admire people with a successful corporate career. A career that provided financial security and the ability to aquire all things shiny.

So there she was in her early 30s, all the way up in the corporate latter, financially secure with hefty paycheck, able to buy all things shiny. Yet, somehow absolute contrary to what she expected had happened. She was more miserable than ever before. With every day, she felt the distance growing between who she tries to be and who she truly is.

In the early 30s, she finally realized that the invisible hand pushing her was a nasty fear – a fear of abandonment. Up until that point, this little girl would do anything to avoid getting similar scars that were left by her father.

So she started to stare in the mirror to dig deeper, to peel the layers until the truth would appear. The truth about herself, her scars & the complexes that these scars had given birth to.

One year after another, there she was studying deeply all the different faces that stared back at her. There were days when she would have loved to smash the mirror into million pieces and to never look at it again. There were weeks when she avoided the mirror, as if that would help to hide the truth.

One small step after another, she grew the needed courage to face all the different images and all the scars behind them. She studied them, learned from them and was finally able to define what she truly wanted.

… the fear was conquered and the scars had healed,

… she met the love of her life and got married in the early 40s,

… she witnessed her son grow up into an admirable young gentleman,

… she abandoned the false fairy tale, changed her professional calling and work hours,

… she committed more than ever to the roles of a mother, a wife, and a WOMAN,

… AND she finally started to live her own fairy tale

All little girls out there, I wish you all the courage to study your mirror images and scars much sooner and to choose your true fairy tale about a decade earlier. Don’t let the invisible hand pull you. Don’t let society’s definition of a fairy tale influence yours. Be courageous to define and to live your own! 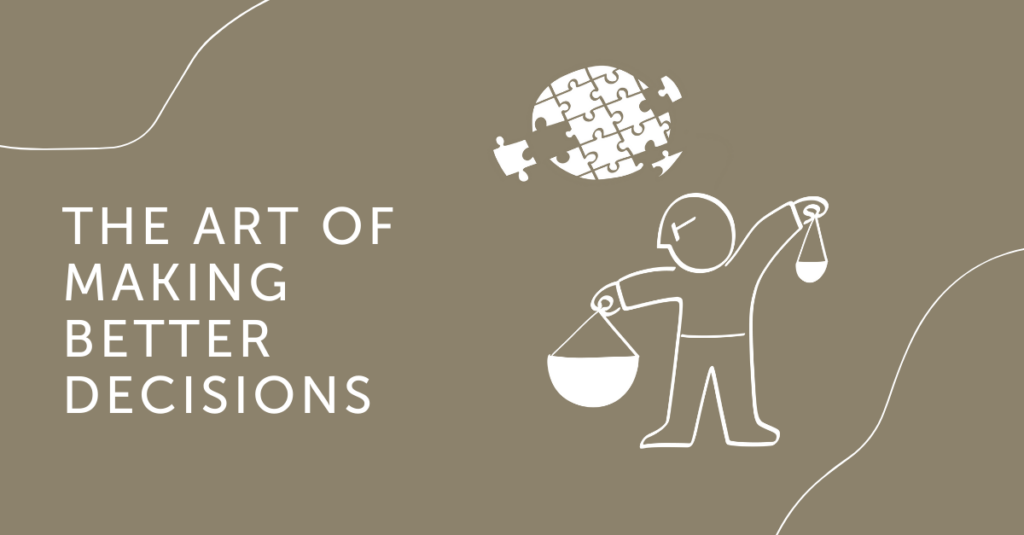 The art of making better decisions 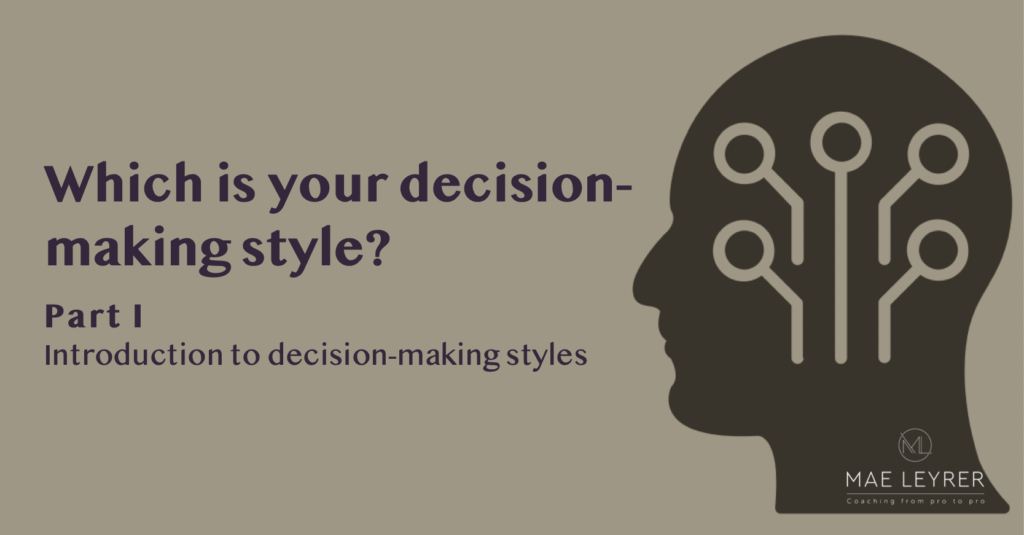 Which is your decision-making style? – Part I