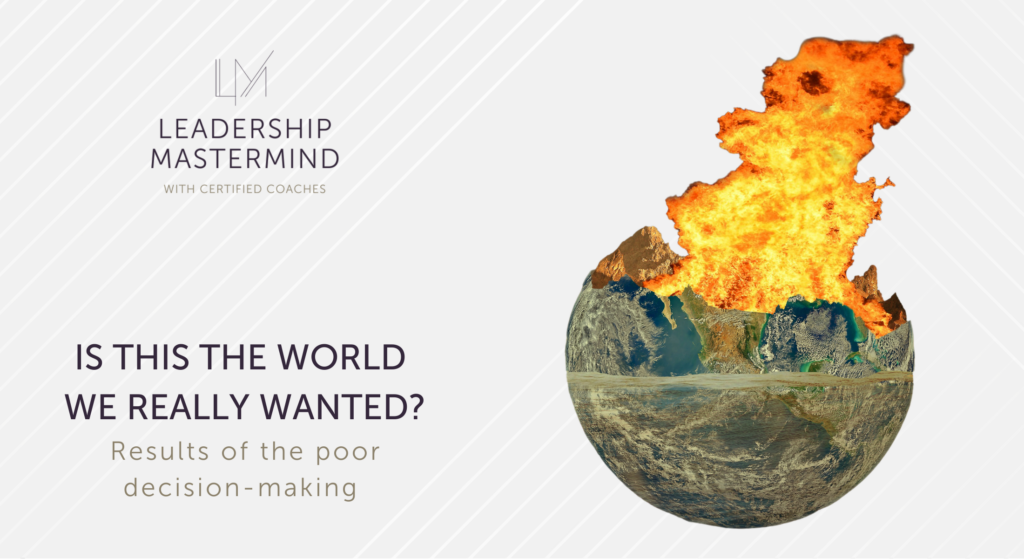 Male leaders vs female leaders, vaccinated vs unvaccinated, democrats vs republicans, blue party vs red party, …. Wow, how we humans love the contradiction, especially when times get touch.

In the present day, we seem to love decisions, that full-fill only one goal. This goal is polarisation. Just close your eyes and imagine the world that this is leading to – fully divided society, where two sides fight blindly for their beliefs and third side, that should bring in the reason is missing. A society where people have abandoned the use of the big brain, which took millions of years to develop and where the ancient reptilian brain runs the show in constant flight or fight modus. A world, where millions of years of human brain’s evolutionary progress is erased and we are safer off moving back to the caves, where it all started.

If we would ask only one single question prior to making the key decisions as leaders, politicians, and citizens, the polarisation would be swallowed by balance.

After all, balance is the ultimate goal of the nature that we are part of. Any attempt to go against nature is a lost battle and we know that. So, why thrive toward balance through devastating polarisation, when use of our large brain can help to skip this stage and reach balance much more peacefully.

The single, most important question, to ask prior to making a decision is: What is the problem, that I am solving for?

This question takes us out of the reptilian brain modus and helps to access the intelligence guided by our big brain. Not asking this question, and the decision will lead to a new problem without any remedy to the original one.

Let’s deep dive into two good examples. Female leaders vs male leaders is one of them. Some “geniuses”, at some point, decided that female leaders quota is the solution and that more and more women should become managers. Solution to which problem? Is the fact that majority of managers are men truly the problem or is the problem the fact, that key decisions are made only from male perspective and society does not appreciate women in their natural roles. It is not considered successful if someone is using strong female traits and takes care of the home, children, family. Instead, one is considered successful by being an executive earning big bucks – a role where, for success one needs to utilise more of the male traits.

And please, no fairytale about the fact that women can fill both roles and that one can have successful executive career while being successful wife and mother. All you need to do is to look a bit deeper into the lives of these women to see what hides under the surface.

Women are not super humans, there are 24 hours in a day for everyone and women’s energy battery maximum state is also 100%, not 200%. Splitting 100% into two roles and you’ll end up both of them having less than 100%, which will be reflected in the results.

So, what are we solving by contradicting male leaders with female ones and by creating a perception as if female leaders are better than the male ones? Apparently nothing. We are simply creating polarised world and at some point today’s somewhat patriarchic society is replaced with matriarchic one.

We have just moved from one extreme to another without solving anything. Instead we have created at least one tremendous new problem – women have become man like, as they spend large part of the day in a role, where for success they express their male traits. Who, in this society will take care of the female traits, family, children, etc.

It is no wonder, nor surprise, that as a result, we have every day more and more gender confused youngsters. Nature is always in search of balance and if our children witness both of our parents spending most of their time using their male traits, then female side is lacking and as a result balance is off.

Second example comes from the COVID-19 crises, which will soon start it’s third year. Restrictions, lockdowns, forced vaccinations that are effective for limited virus strains and for short periods, … After two years we are still deciding to focus on short-term remedies trying to solve a long-term fundamental problem.

What problem are we trying to solve with the current short term remedies? Is it the spread of the virus? The truth is, we can never stop the spread of the viruses, as that’s fight against the nature. If we stop COVID a new one will emerge. With our current decisions, we are enforcing polarised society, which leads to greater societal imbalance, distress and violence. Is this the world we want to live in?

We have created society, where it is widely possible to make decisions without baring any consequences of these decisions. Is this the world we truly want? Or would it be nice to have a world where every adult is free to decide as long as he/she takes full responsibility for the consequences.

List of these examples is endless. All, of which have one thing in common – poor decision-making that results from not access our big brain capacity to truly understand the problem. Once you understand the problem, it’s impossible to make a wrong decision. One decision, can be better than the other, yet upon understanding the core problem, your decision can never be the wrong one! Wrong decision’s are only the ones, that do not address the problem at hand. Let’s star to make better decisions by understanding the true problems at hand!

The only wrong decision, is the one that does not address the problem at hand and thus, will create a new problem without offering any remedy to the original one.

The art of making better decisions 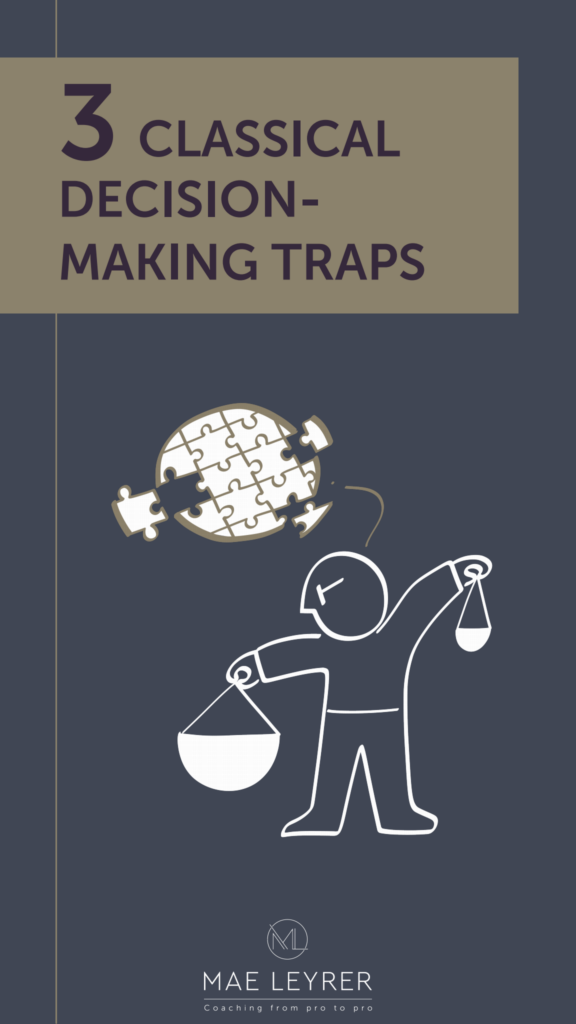